It is estimated that JBD will be able to annually produce around 120 million panels in this fab. The company's current main product is a 0.13" VGA panel, so it is likely that JBD is referring to 120 million 0.13" panels.

According to reports in China, JBD recently raised its A2 financing round, totally a few hundreds of millions of Yuan, led by Tongchuang Weiye. The funds will be used to build the new fab (which likely received local government support), and to expand the company's R&D efforts.

In May 2020, JBD announced its 0.13" VGA microdisplay - which it says is the world's smallest microdisplay. The JBD4UM480P microLED display is a monochrome 640x480 0.13-inch display, that offers a brightness of 2 million nits (green), 200,000 nits (red) or 150,000 nits (blue), with a power consumption of a few hundred milliwatts under average operation conditions. 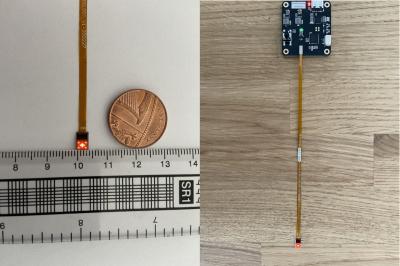 Since the display introduction, JBD announced an impressive number of collaborations and customer wins - including with Vuzix, Xiaomi, WaveOptics and tooz.