Micro-LED (also known as mLED or µLED) is a display technology that is based on tiny (hence, micro) LED devices that are used to directly create color pixels. Micro-LED displays have the potential to create highly efficient and great looking flexible displays, to challenge the current high-end OLED displays.

Current so-called LED displays are actually LCD displays that use LED as backlighting units - which are always on with a liquid-crystal layer that is used to create the actual image (i.e. block the light where needed). This complicated LCD structure results in a device with serious image quality drawbacks (mainly a low response time and relatively poor contrast ratio) and also difficulties in achieving flexibility and high-quality transparency. 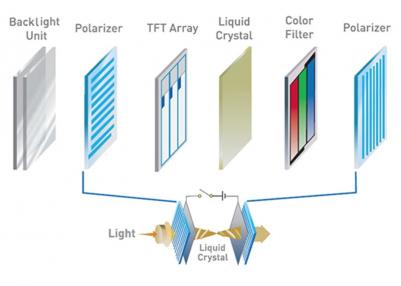 Compared to an LCD display, a micro-LED is much simpler, as the LEDs themselves emit the light and can be individually controlled. This results in displays that offer a much better image quality (contrast, response time) and are highly efficient, too, as there are no filters as in LCDs. As opposed to LCDs, micro-LEDs can be made flexible.

OLED is the current premium emissive display technology, already adopted in many mobile devices, wearables and even TVs. In 2020 around 500 million OLED displays shipped to companies such as Samsung, Apple, LG, Sony and others. OLEDs can be made flexible, foldable and even rollable and the displays offer the best image quality currently in production. 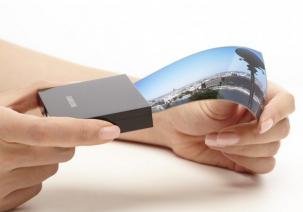 OLEDs use tiny sub-pixels made from organic emissive materials. Micro-LEDs are somewhat similar - but with an inorganic LED structure. Compared to OLEDs, Micro-LEDs promise to be much more efficient and bright, more durable (higher lifetime) and with a higher color gamut. Micro-LEDs are based on well established LED devices, which means that it could potentially be a technology that is relatively easy to scale up. Read more about OLED vs MicroLED displays here.

Producing microLED displays is a challenge. In most cases, the LEDs are first produced on a wafer, and are then transferred to the backplane (substrate + electronics). This requires a fast, precise and reliable transfer process (called Pick-And-Place) - one of the main challenges of microLED production. 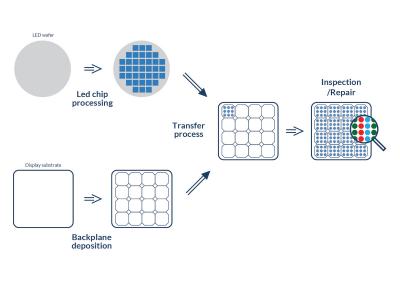 As the industry is still at an early stage, several companies offer different takes on this production process, using different technologies. It is too early to know what kind of processes will be adopted in actual microLED production fabs.

The Micro-LED market is still at a very early stage. Some companies, including Sony, Samsung, LG and others are offering tiled ultra-large sized microLED TVs - ultra premium devices. 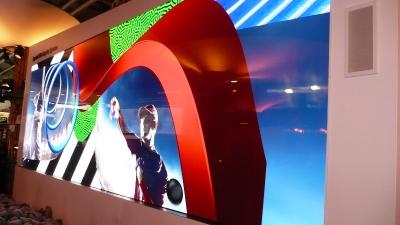 Some companies are also gearing up to produce microLED microdisplays, and it seems likely that these will enter the market in the near future. There are dozens of companies that develop Micro-LED technologies, components and processes and the future of the industry looks bright - although replacing OLED displays will be a challenge that could take many years.

MicroLED-Info is a knowledge hub focused on the MicroLED industry since 2017. We provide daily news, resources and services to the display industry and community. Check out the site map to view our complete list of MicroLED resources and articles. Here's some more info about us.

Be sure to subscribe to our monthly newsletter if you want to stay updated on everything MicroLED!