In July 2017 the company demonstrated a 5000 PPI active-matrix group III-V microLED array on Si ICs. In 2019 JBD unveiled more prototypes, including a 2 million nits display and a 10,000 PPI display. 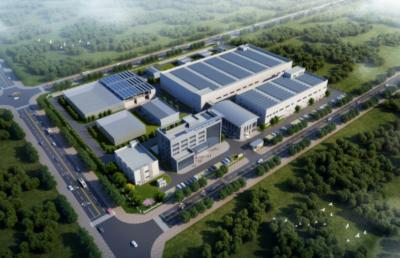 In June 2022 it was reported that JBD is building a $92 million USD display production line in Hefei. The production line will have an annual capacity of around 120 million panels (likely JBD's 0.13" monochrome variant). JBD recently announced that it has developed a new red microLED emitter, that offers up to 500,000 nits of brightness at 2 micron sizes, and also that the company is developing native full-color microLED microdisplays.

3D printer producer Anycubic announced a new consumer-grade pocket-sized 3D Printer, that is based on a small UVA microLED display, produced by JBD. 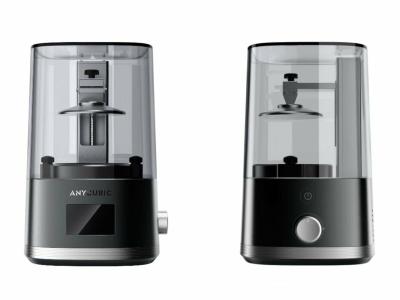 The display is JBD's standard 0.13" VGA display, but one that emits UVA emission. JBD also developed a custom projector for this new application. The extremely small, yet bright, display module, enabled Anycubic to design an extremely small printer (which is about the size of a 550 cl beverage can). The printer will be able to print details as small as 10 µm due to the high pixel density (>6000PPI) of the microLED display. The energy consumption during operation is only 6W.

JBD says it developed a proprietary (and patented) technology in which the epitaxy layers were designed to be less susceptibility to edge effects, which helps to increase the display's efficiency. JBD's technology also enables effective mesa sidewall passivation. JBD refers to its technology as monolithic hybrid integration and says it can reach a PPI of up to 10,000 with a pixel pitch of 2.5 um.

China-based MicroLED microdisplay developer Jade Bird Display announced that it has developed a new red microLED emitter, that offers up to 500,000 nits of brightness at 2 micron sizes. JBD is now able to mass produce this new red microLED, and offers it in its 0.13" VGA monochrome red microdisplay. 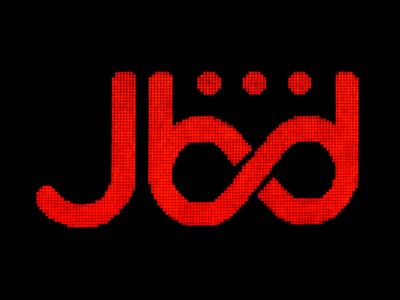 JBD also updates that it has shipped over 1 million microLED microdisplays to date, which as an extremely impressive number.

It is estimated that JBD will be able to annually produce around 120 million panels in this fab. The company's current main product is a 0.13" VGA panel, so it is likely that JBD is referring to 120 million 0.13" panels.

JBD announced a partnership with tooz to combine curved waveguide including prescription with a color microLED display engine.

The two companies say that combining these two technologies enable sharp, full-color virtual screens, in a slim and stylish for factor, while fulfilling individual vision correction. The two companies will demonstrate a first prototype next week.

Vuzix unveiled the Shield Smart Glasses for enterprise use, which are based on microLED microdisplays. The Shield is powered by Qualcomm's Snapdragon XR1 and features Vuzix' propriety waveguide optics.

The Shield was actually revealed before, referred to as Vuzix Next Generation Smart Glasses (NGSG). The company did not give any details on pricing and availability. Vuzix is using JBD's 0.13" microLED microdisplays.

Xiaomi announced its first smart glasses, called unimaginatively the Xiaomi Smart Glasses. These light-weight (51 grams) glasses will offer a monochrome (green) display and speakers, microphones and a 5MP camera, and will connect to your smartphone for notifications, navigation and will have applications such as real-time translation. It will support Xiaomi's XiaoAI Virtual Assistant.

Xiaomi says the microLED display is 0.13-inch in size, with a peak brightness of 2-million nits. The pixel pitch is 4 um. While not official, this is highly likely to be JBD's 0.13" VGA microLED display panel, revealed last year.

Diffrative waveguides for AR developer WaveOptics (owned by Snap) announced a strategic supply partnership with Jade Bird Display (JBD) for MicroLED microdisplays. JBD will supply its 0.13-inch VGA microdisplays to WaveOptics, to be incorporated into the company's Leopard development kit.

The Leopard AR reference kit has a form-factor similar to traditional consumer eyewear available, with a single projector (right-side only), providing a monochrome (green) image. The Leopard uses WaveOpticsâ âKatanaâ waveguide platform, its thinnest and lightest waveguide at 1.15 mm thick and 7 grams. The light engine, called Loki, is designed by WaveOptics with the JBD microLEDs and weighs 6 grams and has a volume of 760 mm3. 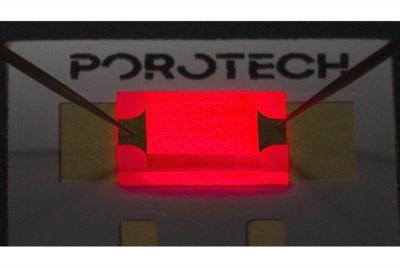