Taiwan-based PMOLED display maker RiT Display announced a strategic partnership and share swap with MicroLED developer PlayNitride. RiTDisplay will have access to PlayNitride's technology and will be able to produce and sell micro-LED panels.

According to the Taipei times, RiTDisplay aims to produce small displays for wearable applications. The article says the display size will be around 3-inch, which actually sounds rather large for wearables.

In addition, RiTDisplay will hold around 10% of PlayNitride, who will in turn also hold 10% of RiTDisplay. The two companies hope to finalize the transaction before the end of 2019. The two companies will also collaborate to accelerate the commercialization of the technology.

PlayNitride aims to release its first Micro-LED display products in 2019. In 2017 the company started to sample micro-LED panels and shipped samples to 10-20 potential customers. The company's chairman and CEO, Charles Li, said in June 2018 that 5-6 of these customers are continuing the developing of micro-LED modules based on these panels. 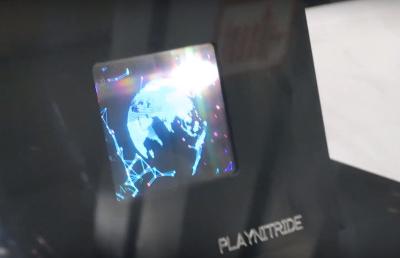 According to reports, Apple is in preliminary talks with PlayNitride towards a possible Micro-LED technology cooperation. For more information on PlayNitride's technology and status, click here.