The C-Series modules features a "deep black coating" which enables a high (1:1,000,000) contrast ratio, and Sony says it suits applications such as corporate showrooms, lobbies, and customer experience centers. 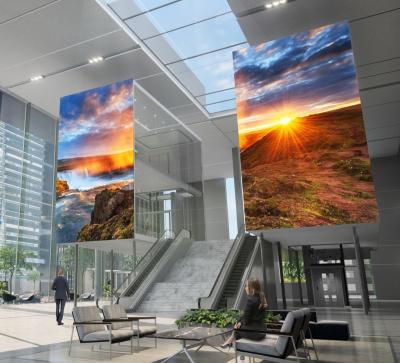 The B-Series features anti-reflection coating with a matte finish and features a higher (1,800 nits) brightness, and is suitable for bright environments. Sony says it is ideal for creators, designers and production applications including virtual sets and studio backdrops. 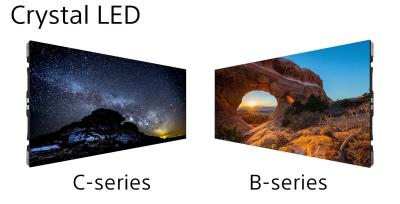 Sony will start offering the new Crystal LED displays in the summer of 2021.

Sony' previous-generation Crystal LED displays (which are probably called Series A Crystal LED now) are made from tiled LED modules, each 403x453 mm in size and with a resolution of 320x360. The displays offer HDR support (peak luminance is 1,000 nits), 10-bit grayscale support, high frame rate (up to 120p) and a freedom of design.