CyberOptics reported $600,000 in sales of SQ3000 Multi-Function systems for MicroLED inspection in the quarter, and $4.6 million in full-year sales. The company anticipates more orders for MicroLED systems throughout 2021 and believes that microLED inspection and metrology applications present significant long-term growth opportunities.

This is a sponsored post by Radiant Vision Systems

High-precision 3D sensing developer CyberOptics Corporation announced its financial results for Q2 2020, with $16 million in sales and a net profit of $1.6 million. The company says it is enjoying a "first-mover status" in the microLED inspection and metrology market.

CyberOptics says that at the end of the quarter it received a $2.5 million order for SQ3000 Multi-Function systems for micro LED applications, and additional micro LED-related orders are anticipated during the second half of 2020.

MicroLED Displays: Getting Ready for the Future?

This is a sponsored article by Dr Xiaoxi He, Principal Analyst, IDTechEx

MicroLED, believed by many to be the next generation of display technology, has been pursued by players of LED, display, OEM, materials and so on. Differentiated from LCD and OLED, microLED is considered to be the only display technology that has no size limitation. What are the potential applications? What are the hypes and realities? These are questions addressed in the brand-new IDTechEx report, “Micro-LED Displays 2020-2030: Technology, Commercialization, Opportunity, Market and Players”.

Various Motivations Are Driving the Progress of MicroLED Displays

Samsung Display has announced it is ending the LCD business and will focus on its QD LCD & OLED businesses. LG Display has halted its domestic production of LCD panels. Korean vendors tend to reduce their LCD panel production and shift to QLED & OLED. In addition, Panasonic and JDI are also getting out of the LCD business. AUO, Innolux and a few other Taiwanese companies are slowing down investment in LCD or OLED. As a comparison, LCD manufacturing is shifting to mainland China due to cost competence, new line production efficiency and industry chain support. 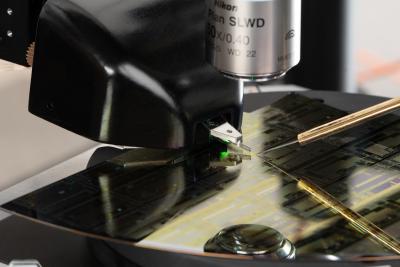 InZiv’s tool offers MicroLED defect detection on the wafer and pixel level with unprecedented sub-micron resolutions. Measuring luminescence, spectral wavelengths and 3D structure at the highest resolutions, the equipment enables the identification and the source of defects, accelerating product time to market.

High-precision 3D sensing developer CyberOptics Corporation announced that it has received a $1.2 million order for its SQ3000 Multi-Function systems for Automated Optical Inspection (AOI), Solder Paste Inspection (SPI) and Coordinate Measurements (CMM), to be used in the scale-up of micro-LED technologies.

CyberOptics says it expects more micro-LED equipment orders later in 2020. In August 2019 the company announced a $1.3 million order for a system SQ3000 system. 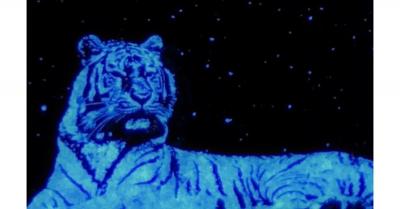 VueReal's founder and CEO, Reza Chaji, was kind enough to answer a few questions we had on the company's technology and business.

Reza, thank you for your time. Can you explain VueReal's micro-printing process and technology?

VueReal’s solution is a true printing process where you do not need to pick LEDs for each transfer. It is based on a cartridge design by VueReal that releases the LEDs selectively into the substrate.

This post was sponsored and authored by Radiant Vision Systems, LLC

Emissive OLED, microLED (μLED), and miniLED are emerging as the next wave of technology in the display market. This is exciting because these displays promise improved display performance and visual appearance with greater efficiency than other display technologies, thanks to their individually emitting pixel elements. Both OLEDs and microLEDs have superior contrast ratios and sharper images with deeper blacks and more vibrant colors than traditional LCDs. These emissive displays require no backlight, resulting in thinner, lighter-weight displays that use less electricity. OLEDs also bring a dramatic boost in responsiveness, about 1,000 times faster than existing technologies, virtually eliminating blur on fast-moving and 3D video. MicroLEDs match OLED technology for response time and view-angle performance, but exceed OLED in brightness and ruggedness, with even lower power consumption.

As manufacturers work to launch commercially viable emissive display products, high costs due to material prices and manufacturing yield issues have hindered widespread technology adoption—most dramatically in large-format implementations, as they drive up end-customer prices. The smartphone market has been the most successful segment for OLED technology to date and will likely be the catalyst that drives long-term adoption of OLEDs and microLEDs for other applications. Display Supply Chain Consultants (DSCC) cites smartphones as the dominant OLED market, accounting for around 91% of units per year with revenue share around 79% by 20222. Yole Développement (Yole) projects a similar trend for microLEDs, with a longer ramp up period, and a market reaching up to 330 million units by 20253. With this type of growth in demand, improvements in manufacturing efficiency are needed.