» Digitimes: Apple is collaborating with TSMC on Wearable...

Earlier this month Bloomberg reported that Apple is progressing with its Micro-LED development project, and has already managed to produce promising display samples. Now Taiwan's Digitimes reports that Apple is collaborating with Taiwan Semiconductor Manufacturing Company (TSMC) towards mass production of Micro-LED panels. 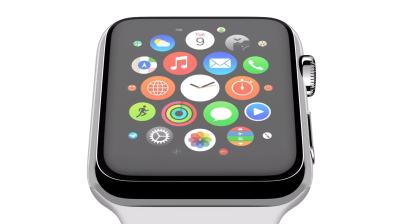 Apple and TSMC are focusing on small-sized micro-LEDs on silicon based backplanes, targeting both wearable devices and AR applications. The Micro-LED microdisplays for AR applications will be around 0.7-0.8 inch in size, while the wearable panels will be larger at 1.3-1.4 inch.

According to Digitimes, the Micro-LED display for wearables (Apple Watch, probably), may enter production as soon as the second half of 2018, or early 2019. The AR panel (which will require much higher resolutions, of course) is still not scheduled for production. The cost of Apple's Micro-LED panels will be quite high (Digitimes estimates it as 400-600% higher than Apple's existing OLED displays) and will at first be adopted in premium devices only.

Apple also has a 2nd Micro-LED projects that seeks to develop larger-sized panels for laptops, using TFT backplanes. These kinds of displays may enter production in 2019 as well.

These timelines seems highly optimistic, time will tell whether Apple and TSMC are indeed ready to start production Micro-LED displays in 2018/2019.