According to a report by Bloomberg, Apple is making good progress in its Micro-LED development project, and has managed to produce promising display samples. Apple is seeking to use Micro-LED displays in future wearable products. 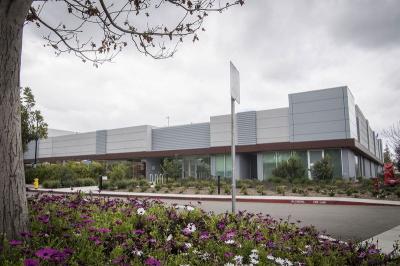 Apple is not likely to become a MicroLED producer, and it will seek partners to eventually produce the displays. However controlling the basic technology could be very beneficial to Apple that aims to be the only company able to use Micro-LED displays - starting in wearables, but also perhaps in smartphones and VR HMDs. In any case, Bloomberg reports that it will still take a few years before Apple's technology is ready for production.

Apple acquired Micro-LED startup LuxVue in May 2014 and has been developing the technology since. Apple had an R&D team in Taiwan, but this team was reduced in size in 2017. Bloomberg says that Apple indeed almost killed the project about a year ago, and there are still many challenges ahead, and scaling up such production technologies is never easy.

Apple Micro-LED development effort is now located in a 62,000 square-foot facility in Santa Clara, California - which houses around 300 engineers that design and produce Micro-LED display samples. Apple is also growing its own LED chips at the facility.